What Can You Bring on a Plane

Security at airports for both passengers and airport personnel is greatly valued. For this reason, a body called the Transport Security Administration was constituted to oversee the safety of travelers across different transport systems. This organization has outlined several rules it calls the TSA rules which guide passengers across airports on what they can pack as carry-on items and the allowance they have when it comes to items they can pack in their checked baggage. To ensure that passengers adhere to these rules, they are required to go through an intense screening process before boarding their flights. Confused on what these rules specify on things that can fly in your checked baggage and carry-on baggage? Through this article we have made your work easier, we'll take you through the screening process and what to pack and not to pack that is within the TSA Allowance for you to board your flight without being detained.

The only way TSA can establish whether a passenger intends to travel with prohibited items is through screening. Therefore passengers should expect to be screened together with their baggage through the screening methods that are used by the TSA from time to time. TSA will screen passengers using both Advanced Imaging Technology and Metal detectors. Even though passengers have the option to choose between the two types of screening, if their boarding pass indicates that they are required to undergo the Advanced Screening Technology, they will have no option but to comply.

Since checking passengers is compulsory, those who choose not to undergo these two types of screening will have to be subjected to a pat-down. Typically a pat down will involve an officer who is of the same gender as the passenger doing the checking, and during the pat-down process, no sensitive areas of the body will be revealed. Medical conditions are also highly considered during a pat-down to avoid visiting harm on a passenger with underlying medical conditions.

Apart from the passengers, during check-in, baggage will also be subjected to some screening. In addition to the screening, several physical inspections will be conducted on the baggage to establish further the content that is packed into it. Afterward, the baggage will be transported by the airline booked to the flight areas for loading onto the aircraft. Should anything happen to one’s luggage during these checks the passengers will be required to file a claim with TSA highlighting their complaints for further assistance.

In case a passenger does not adhere to the rules outlined by the TSA, they will be required to pay several fines with a possibility of a jail term as will be determined by the federal government laws. Therefore, all passengers should be careful to pack only those items that are allowed at the airport and inside the plane. So what are the items that TSA give an allowance as things that can fly in your luggage? 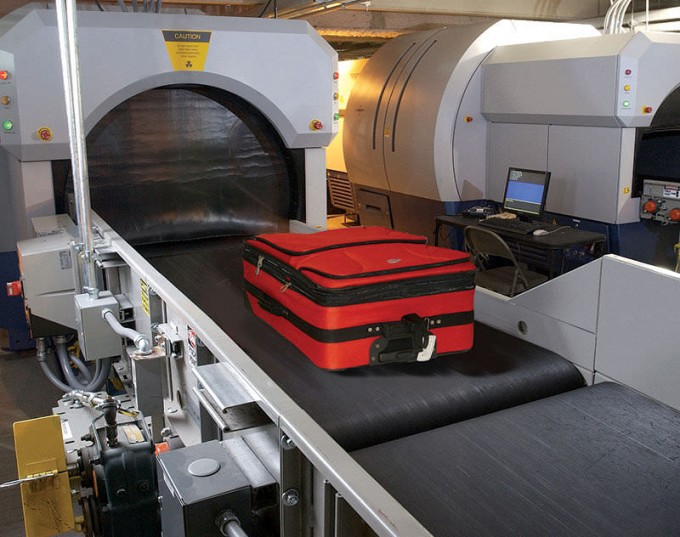 In this category, TSA rules apply several restrictions on how much one can pack in their carry-on luggage as passengers are given an allowance of only 100ml per such container of aerosols. However, in the checked baggage they are not limited to any amounts.

It should be noted though that additional screening will apply on any liquids, gels, and aerosols to establish if they contain substances that are deemed dangerous. The containers containing such liquids should be strictly limited to 100ml in capacity for carry-on baggage. Otherwise, they should be packed in checked baggage if they exceed these limits.

However, medication will not be subjected to these restrictions as long as they are supported by a report from a practicing medical doctor. Passengers seeking this allowance should liaise with the TSA officers to get these necessary approvals. For this process to be quick, such fluids should be separated from any other fluids that cannot be classified as medication. Additionally, the passengers should also declare any items or devices that help with the administering of such medication for screening and subsequent approval.

These restrictions on liquids that limit capacity to 100ml in carry-on baggage will also not apply to passengers who are not necessarily declaring medication but are on an international flight heading into the United States, and the liquids were purchased at duty-free shops. These volume restrictions will not apply to them if; they can prove the duty free liquids were purchased internationally, demonstrate that the liquids are packed in clear bags that have not been tampered with and have tamper-proof features. They are exempt should they also be able to present the TSA officials with receipts that prove the purchase of the liquids was made within 48 hours.

Any Electronic cigarettes or items that have vaporizing capabilities like vaporizers, atomizers, vape pens will be allowed in carry-on baggage or on the person traveling. However, different airlines have different rules regarding these devices, so it is important always to check with your airline so that you comply with their individual specifications.

Lighters are also permitted in carry-on baggage but restricted for carriage in the checked baggage. According to the TSA rules, a passenger is prohibited from packing lighters which have fuel in their checked baggage unless they can meet the exemptions that are upheld by the Department of Transportation. Ideally, the passenger will be allowed to bring two such lighters if they are enclosed in a case that has matched the DOT standards. Similarly, the passengers can pack as their carry-on items safety matches. 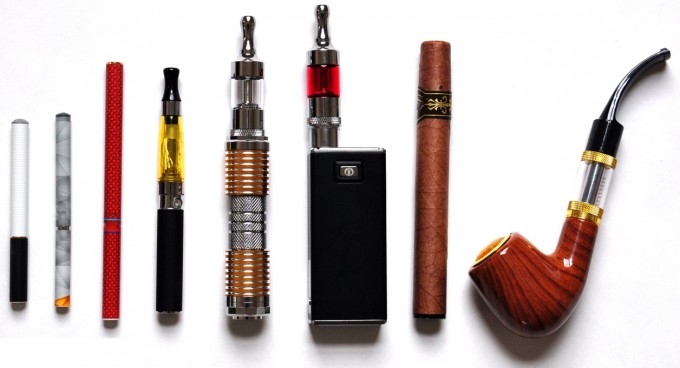 Items That can Only be Packed in Checked Baggage

To begin with, if a passenger wishes to travel with gel-type candles then they can only have them as carry-on items but not checked luggage items.

In this category, passengers can pack any non-flammable liquid, gel or aerosol in both their checked baggage and carry-on baggage as long as these items are not more than 100 ml in capacity which is approximately 3.4 oz. If the items surpass these volume restrictions, then they will only be allowed in the checked baggage.

Additionally, passengers can pack in both their checked baggage and hand luggage small compressed gas cartridges which should be presented with at most two life vests in addition to two spares. All these items should be packed as one unit.

Items Prohibited In Both the Carry-on Baggage and Checked Baggage.

TSA rules also command that any items that are not essential to the passenger's well-being while airborne should not be packed in both the checked baggage and carry-on baggage. For instance, recreational oxygen cylinders that are not required by the passengers as a result of underlying medical conditions are entirely prohibited from carriage in either baggage. Likewise, prohibited are spillable batteries that are not for the purpose of powering devices like wheelchairs that passengers depend on for their well-being. The same restrictions will apply for tear gas sprays meant for self-defense if they have a mass of more than 2 %. 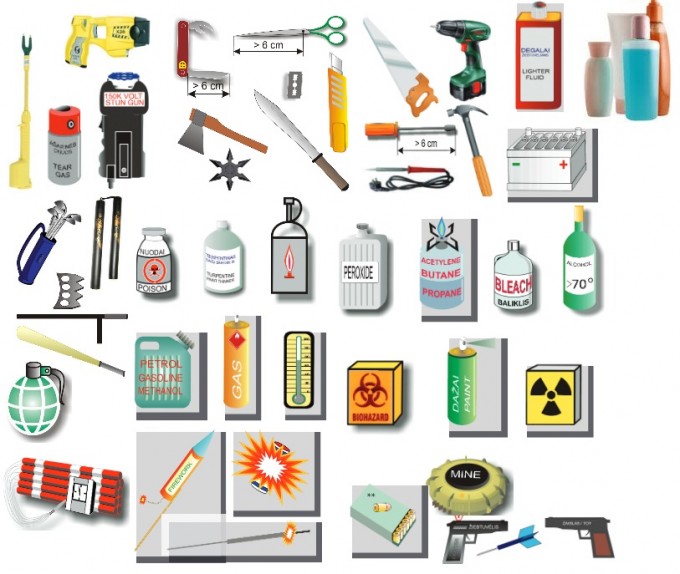 Items That are Prohibited

In this category, some items are banned for carriage in either checked baggage or carry-on baggage, and they include; Flares, gun lighters, and gun powder.

TSA rules that touch on any consumable substances observe that passengers can pack these items in both their checked baggage and carry-on luggage. However, for the carry-on luggage consumables that are not solid in nature have a volume capacity restriction applied to them whereby each consumer cannot carry more than 100ml/3.4oZ of such fluids. These items include alcohol, creamy dips or spreads, gravy, Jam or Jelly, Maple Syrup, Oils, vinegar, salad dressings, salsa, sauces, soup, and, yogurt. But when packed in checked baggage these volume restrictions do not apply. Fresh whole fruits and pies or cakes are allowed both in the checked baggage and carry-on baggage.

Passengers would also like to travel with alcohol, so several rules guide the packing of alcoholic content. Firstly, Alcohol is prohibited from carriage if it has an alcoholic concentration of more than 70%. On the other hand, if the alcoholic concentration is between 24% and 70 % the passenger will be allowed to pack it in their checked baggage. Small packages that are 1.7 ounces will be allowed as carry on with the condition that they are stored in zipped plastic bags with a capacity of 5 liters. Another requirement is that the bottle must be closed. 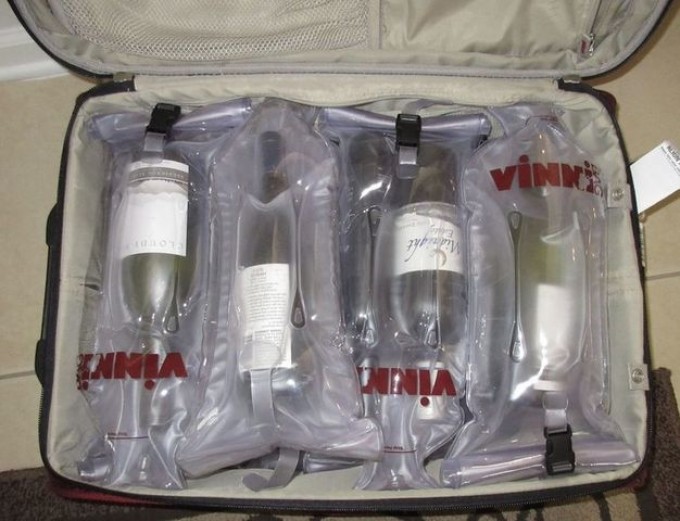 The inside of the airplane is considered secure enough for everyone, and so any items that the passengers need for self-defense are not permitted aboard the flight although these elements will be allowed in the checked baggage. They include; Billy clubs, Blackjacks, Brass Knuckles, Kubatons, any martial arts weapons, Nightsticks, nunchucks, self-defense sprays, stun guns, and throwing stars. As a precaution, it is required that all the sharp objects be properly sheathed so that no harm is caused to the baggage handlers during standard packing.

Sports enthusiasts are highly encouraged to bring along their sporting equipment, but they can only be able to pack them in the checked baggage except for ice skates and rollerblades which will be allowed in the checked baggage. To be specific, these sporting not allowed as carry-on items are baseball bats, bows, arrows, Cricket Bats, Golf Clubs, Hockey Sticks, Ski poles, pool cues, and spear guns.

According to the TSA rules, workers or anyone wishing to travel with their tools should wrap them carefully to prevent any harm to the baggage handlers. Additionally, these rules specify that only screwdrivers, wrenches, or pliers that are less than seven inches in length will be allowed in both checked baggage and carry-on baggage, the rest of the tools should be packed in the checked baggage. These tools include; axes, hatchets, crowbars, drills, drill bits, Hammers, saws and any other tool that is more than seven inches in length. 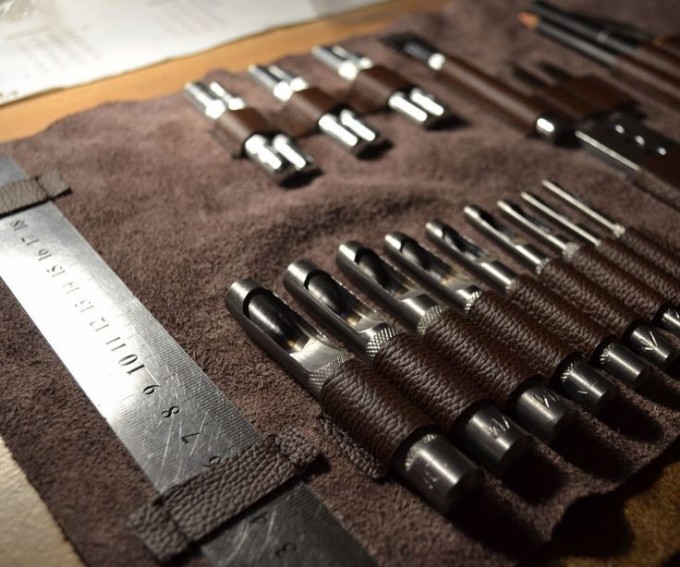 Sharp objects with the capability to be used as weapons are entirely banned from carriage as carry-on baggage and will only be allowed in checked baggage. These items include box cutters, ices axes, ice picks, scissors, swords, knives, meat cleavers, razor type blades, sabers and safety razor blades without their blades. The only sharp objects that are exempted from this rule and can be packed both in the checked baggage and carry-on baggage are disposable razors and knitting needles.

Claims To The TSA

In conclusion, it is understandable that during the regular screening procedures, several incidents might arise that require to be addressed by the TSA. These claims could be as a result of events such as injuries, lost baggage or damaged baggage. Should any of these arise, the aggrieved passenger is required to file their claim immediately providing details like any proper receipts and their flight information.

On submission of the application, the passengers will receive a letter giving them further instruction regarding their claims with a control number enclosed for their use in following up on their request. The TSA makes every effort to investigate every claim thoroughly so passengers should expect to wait for around six months before an application is fully processed. 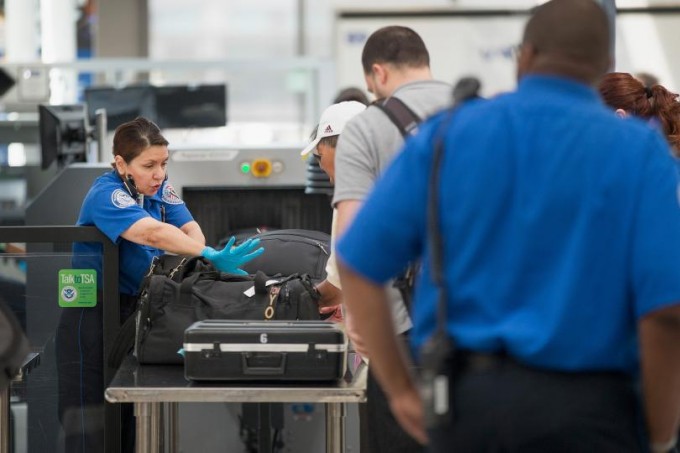 If you see any inaccuracies, misleading information or want to properly complete the specific article with interesting information, just write us to info@airlinesbaggagesizes.com.